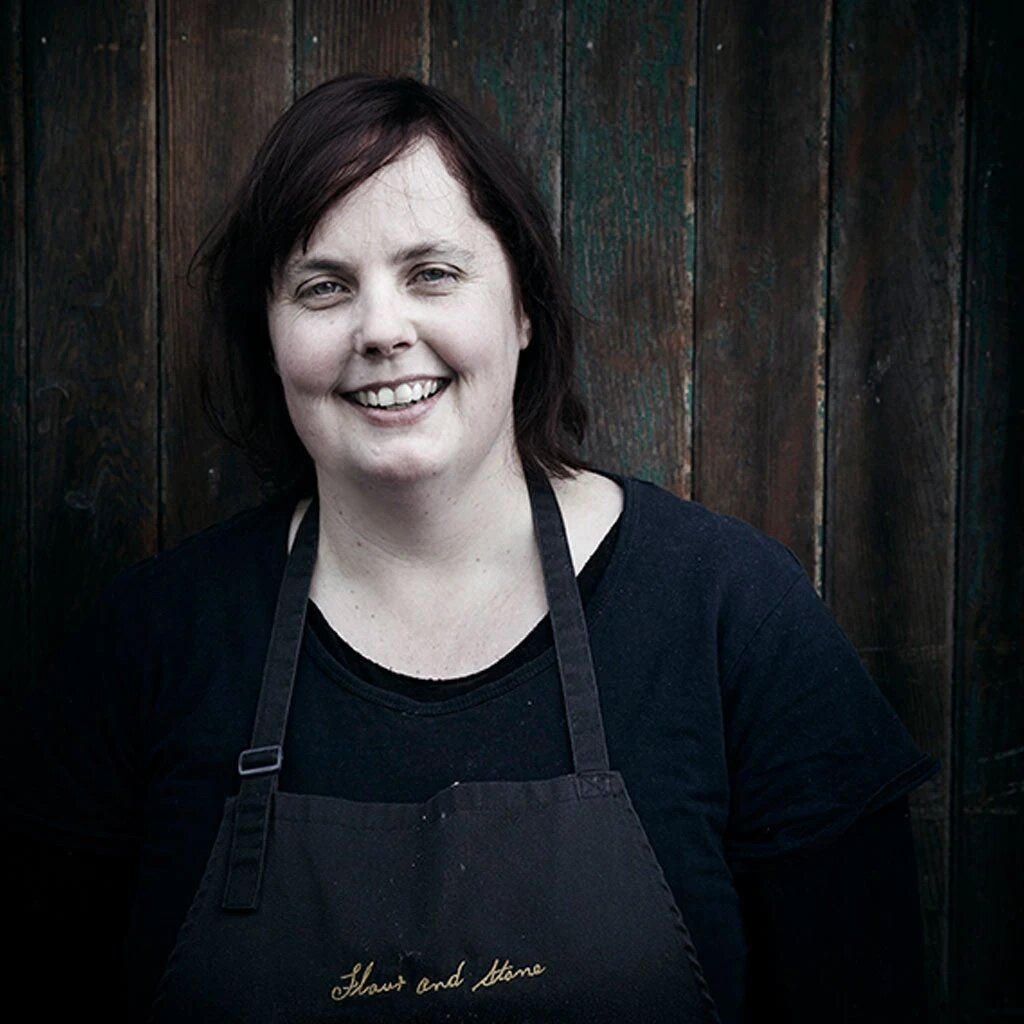 “for my daughters, Poppy and Ruby…”Nadine Ingram

From a dairy farm in the Hunter Valley to Michelin star restaurants in London, and baking cookies in her own kitchen, Nadine has come to firmly establish herself in the echelons of Sydney’s artisan baking community.

At the age of 19 Nadine’s love for baking took her to London where she honed her skills in the pastry sections of houses such as Le Gavroche, Le Caprice and The Ivy. England is also where she met her husband Jonathan who has been instrumental in her success through his support. They have two daughters named Poppy and Ruby, after whom Flour and Stone is named.

One of her turning moments was leaving MG Garage in 2003 and transitioning from being a restaurant pastry chef to working in a bakery with the newly established Bourke Street Bakery. Immediately, Nadine was struck by the fact that she could now see and talk to the customer, a connection she was not able to foster whilst working in the back kitchens of restaurants. Consequently, Nadine believes baking has become her way to connect with people from her heart, a thread that is slowly being diminished in today’s society.

Collaborations included joining forces with her former Bourke Street Bakery colleague, Michael James, to hold a pop-up at Tivoli Road Bakery in Melbourne and working with like-minded businesses such as Cornersmith and Williams-Sonoma to create workshops for people to understand the impact baking can have on the soul.

It is the publication in October 2018 of her long awaited and highly anticipated cookbook “Flour and Stone, Baked for Love, Life and Happiness“ that is one of her most prized achievements followed up more recently in September 2019 with presenting a keynote presentation at TedX Macquarie University.